RESFest was a leading global showcase of new digital filmmakers alongside England’s Onedotzero festival. The festival toured the world and in 2005 travelled to 35 cities in the USA, Canada, UK, Japan, Australia, Brazil and in various cities in Europe, Asia and Africa. A large part of the festival’s latter content focused on cutting-edge music videos and short films, and directors like Michel Gondry, Spike Jonze, Chris Cunningham and Jonathan Glazer all had their catalogs of work showcased at RESFEST over its 10-year run*.

I worked for RESfest Film Festival as a in-house designer who promoted its brand via its online website and support the festival maintenance. This sponsorship kit is a presentational document for potential sponsors to understand the festival’s business model how the festival works. The main sponsors of the events were namely Nike, Avian, Panasonic, Apple, Bombay sapphire, and so on. 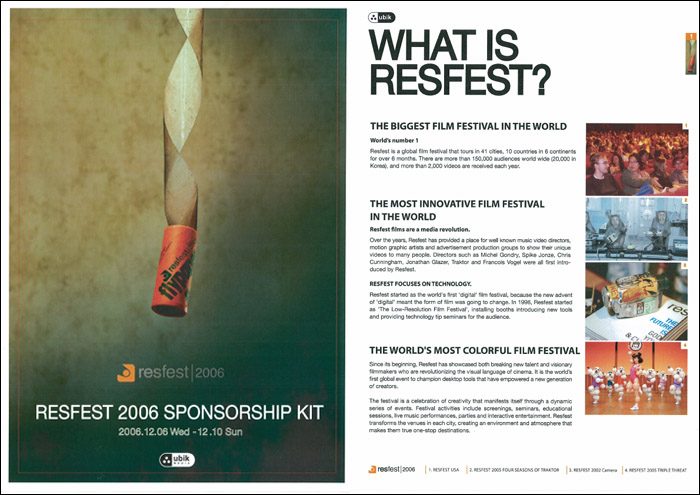 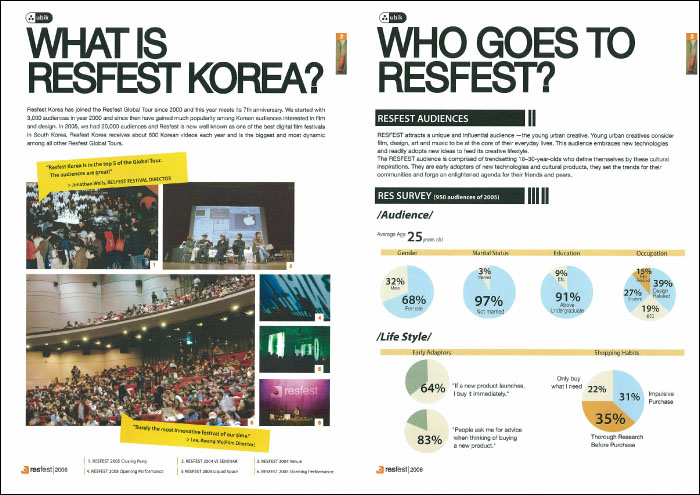 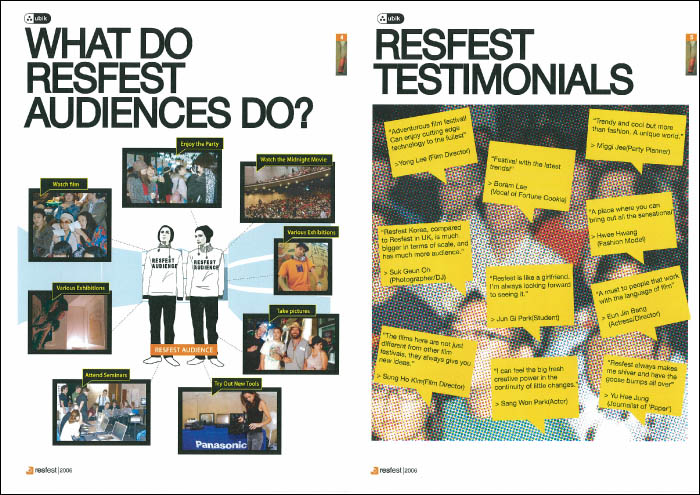 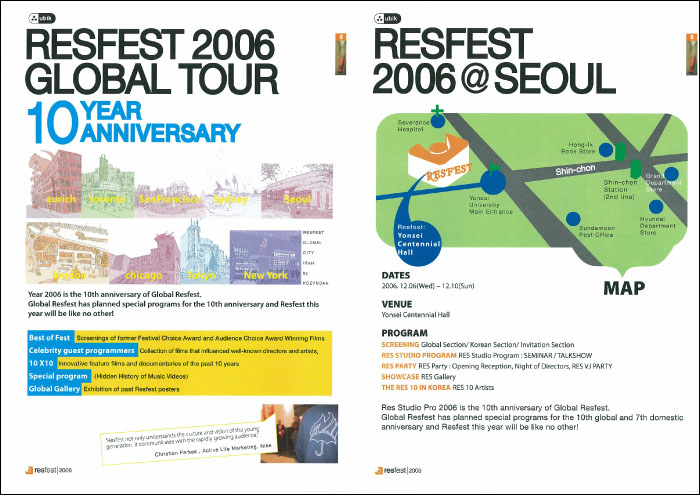 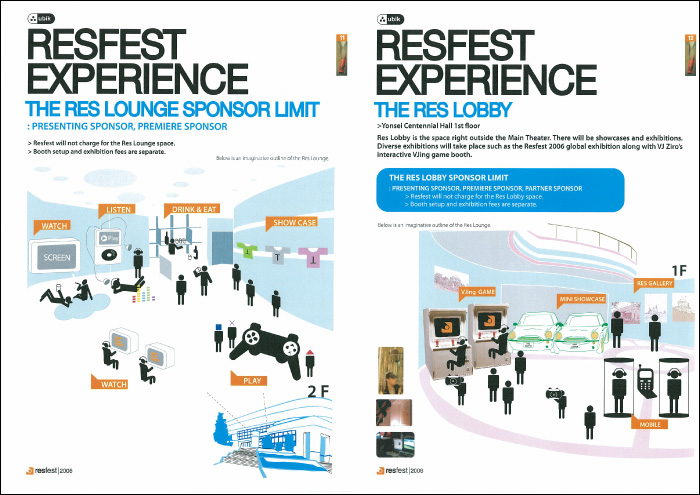 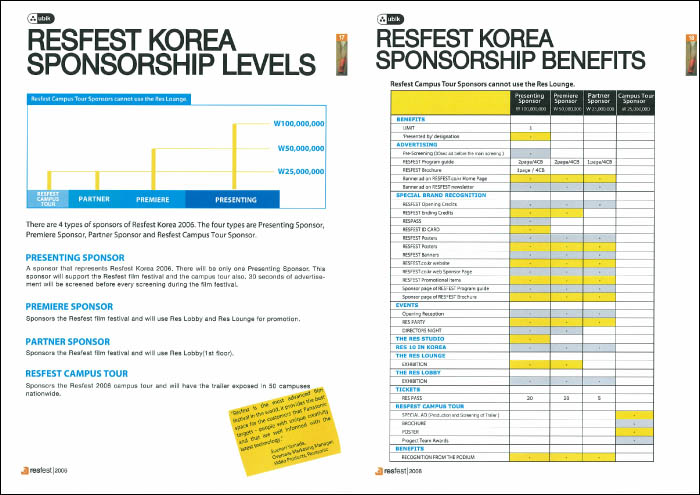